MyWorkwear see continued investment from Made in Midlands membership 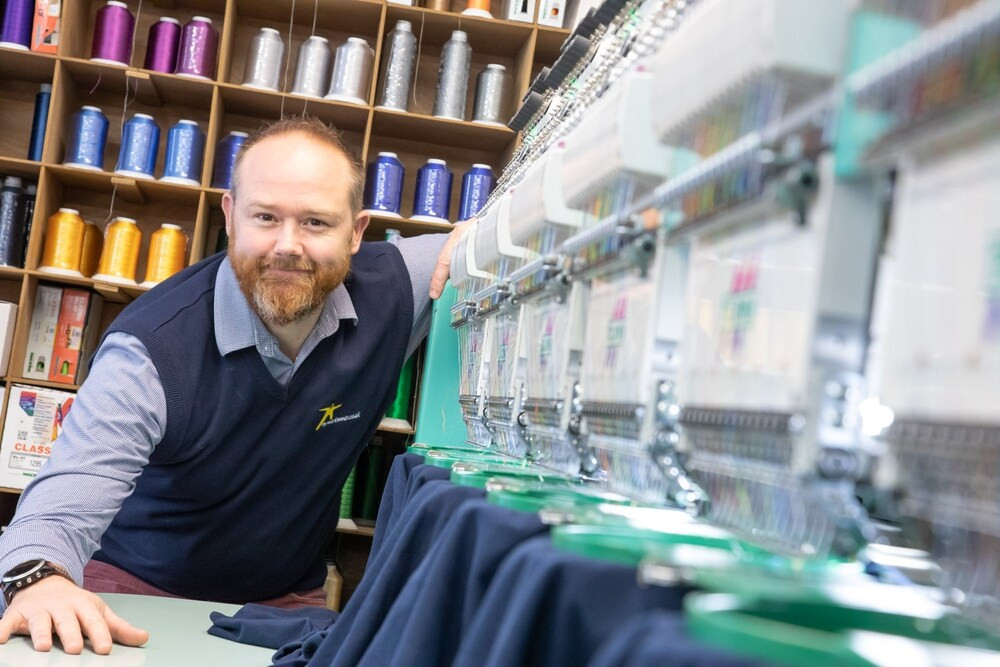 MyWorkwear is one of the UK's leading suppliers of embroidered clothing with over 40 years of experience. Based in Shropshire they manufacture and embroider over 5000 garments every week for companies both large and small across the UK, including around 85 Made in the Midlands members.

One such recent partnership, that came up through their membership within Made in the Midlands, is a deal to supply fellow member Boneham & Turner with workwear that they required.

Speaking about the connection made through Made in the Midlands, James Worthington, Managing Director of MyWorkwear said that, “MyWorkwear first joined Made in the Midlands around 3 years ago as a bronze member. I very quickly saw the benefit of being involved, and within 9 months we were a Patron. As an avid networker, I am a big believer in the saying 'people buy from people'. Made in the Midlands is a fantastic way to facilitate this and we have had a great deal of sales success as a result. It is just a lovely way to do business - we have developed relationships with many like-minded customers, some of whom have become firm friends."

Through both their memberships, James of MyWorkwear and fellow Made in the Midlands member Peter Boneham of Boneham & Turner came into contact and were able to support each other in the ongoing running of their respective businesses.

Asked about why Boneham & Turner decided to choose MyWorkwear, Peter said, “We felt that the quality of account management had dropped from the company we originally got our workwear from so decided to make a switch. As a fellow member of Made in the Midlands, we decided to try MyWorkwear. The service was great and MyWorkwear has responded quickly to any requirements or issues.”

MyWorkwear currently works with around 85 Made in the Midlands members, including Boneham Turner, Bauromat, Plastic Coatings, Salop Design, Network Packing, Protolabs, CEJN and Brandauer to name just a few. These members will order a variety of products from MyWorkwear ranging from embroidered polo shirts to safety boots and softshell jackets to welders trousers.

Ask about FREE plans, other memberships Live and hybrid events or anything else.

Made in the Midlands is part of The Made in Group.

Thank you for your subscription.
The g-recaptcha field is required.
Chat with us!