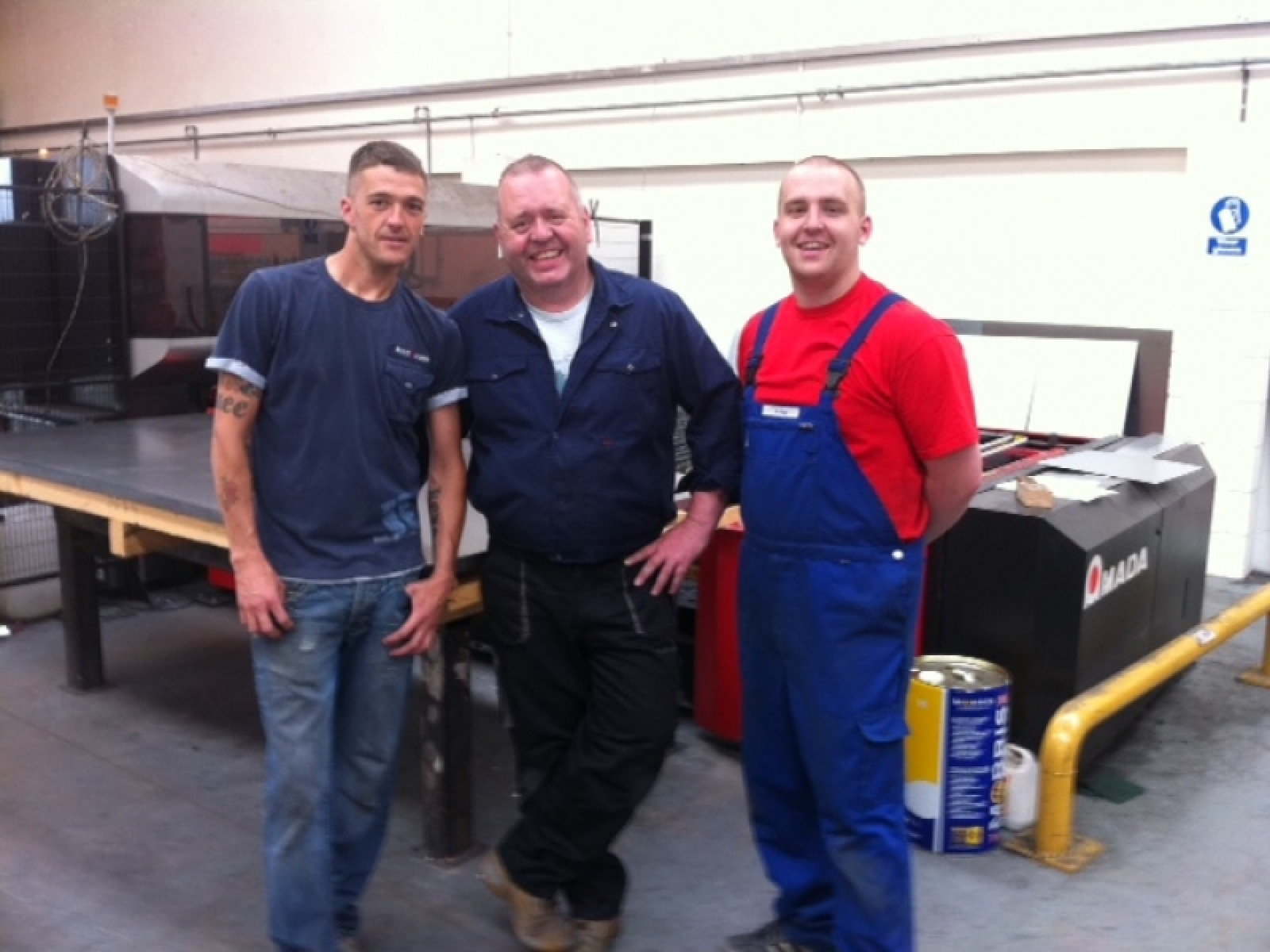 M12 Engineering based in Telford Shropshire are appearing on Sky Television this week on a new series called Safebreakers, Daniel and Trevor from M12 Laser cutting specialist says once we had been chosen to go on the show we had less than 3 weeks to design and source the vehicle we needed to make a crane to lift half a tonne of weight at a distance of 5 over metres and to make it more difficult it had to go on a standard railway track, we then had approx 12 hours to make the vehicle in a deserted factory in Merthyr Tydfil, this was the first time we had done anything like this as a team and it was certainly a challenge, It was great fun and the M12 Team worked hard to get the Crane built and working in such a short time.