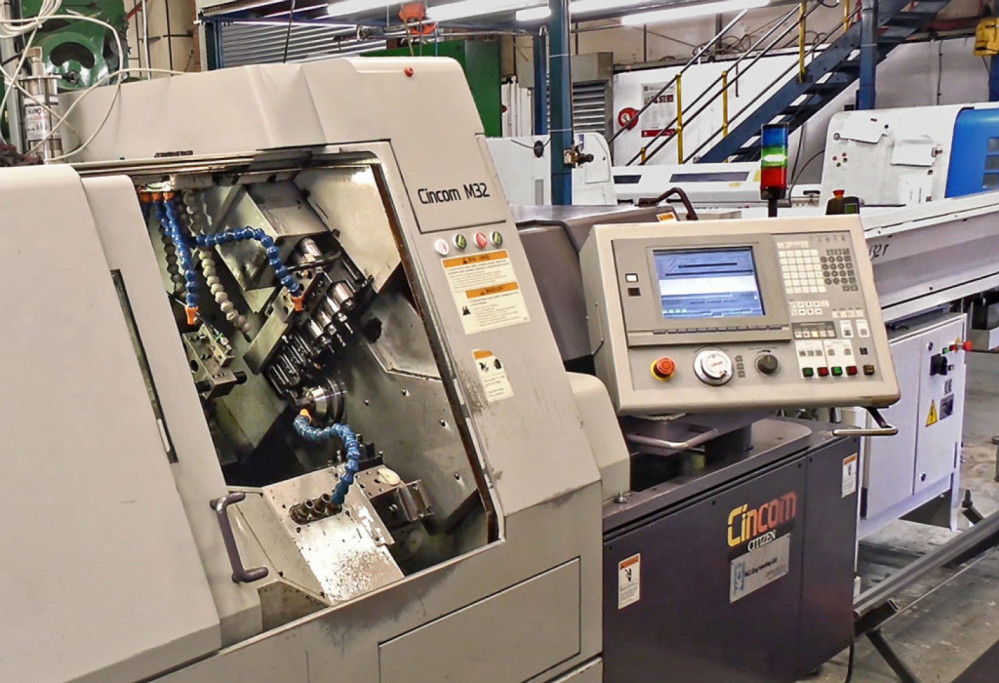 MIM Members Threewaypressings and Citizen Machinery have collaborated on a project thanks to business leaders Phil Stanley and Edward James meeting at Made in the Midlands networking event. Citizen has gone above and beyond to service and maintains a second-hand Citizen CNC machine TWP outsourced to help reshore manufacturing back to the UK.

The two business leaders, Phil from TWP and Edward from Citizen Machinery, met back in 2019 at a Made in the Midlands Breakfast Morning with Patron Brewin & Dolphin. After introducing themselves, the two exchanged cards and agreed to meet. Phil said:

“We mentioned that we did CNC turning and the relationship started from there. After, two of the team from Citizen Machinery came along to our facility to see our capability and gave a proposal on how we could reduce lead times.”

TWP purchased its first sliding-head twin-spindle lathe, a 20-year-old Citizen Cincom M32 equipped with an Iemca Boss 432r barfeed as a result of the meeting. The company previously outsourced a lot of their turned parts in the Far East. With the help from the new Citizen Machine, TWP are now able to cope with higher volumes as well as have more control overproduction.

Citizen has since visited the TWP site numerous times to offer staff training and support on the new machine, Phil added:

“We plan to continue working with Citizen as the service, maintenance and support have been unbeatable.”

Edward James, Managing Director at Citizen Machinery, feels it is important for manufacturers to support local companies. Since the collaboration TWP have managed to reshore 200,000 parts back to the UK and at more competitive prices with China. Edward said:

“It is everyone's responsibility to establish supply chains in the UK and here at Citizen we support all customers in their mission to reshore work. We try to give our UK customers a chance to be competitors on a global playing field with a good return on investment. This has benefits for both us and them as we apply our experience and gain the knowledge we need to further support our UK customers.”

Both Phil and Edward feel that without being part of the Made in Group, this important partnership may not have been established. Since the partnership, both have realised they have the same goal of keeping British manufacturing in the UK.

“MIM creates the opportunities for like-minded individuals to meet and connect, when you belong to a trade association everyone has the same mind set - to challenge the erosion of British industry. This has been beneficial for Citizen in particular as it allows us to align ideas and find valuable connections.”